Ever wonder what it takes to be an Ideal Home Best Home winner? Then this stunning property is definitely worth a look as it snapped up the award in 2021.

As well as room after room of beautiful decor, here you can read about the journey that the owners went on to create their dream home.

2021 Ideal Home Best Home – the story behind the winning home

After being rescued by boat when their first home flooded on Boxing Day 2015, our winning couple were keen to buy a house nearby on higher ground.

They initially rebuilt and extended to make it a four-bedroom home, living there for three happy years until they were ready for a new challenge.

The couple had always liked the look of some 1950s bungalows on a hill in their village, so they put a letter through each door. Some months later they had a phone call from someone in the village, asking if they wanted to buy their house.

The property had three bedrooms, a kitchen, living room and avocado bathroom suite on one floor and a shallow, unusable basement.

Although it wasn’t quite what our winning couple had envisaged, it was perched on a hillside so it was blessed with amazing views and there was definitely no risk of flooding.

So the couple sold up their old home, bought the house on the hill and moved into rented accommodation. Initially they had intended to renovate the existing building, but when it became clear that the foundations weren’t good enough, they decided to knock it down and start again.

Armed with a few sketches, the couple visited SPA Architects (opens in new tab). The planners wouldn’t let the homeowners build beyond 20% of the footprint as the property was in a green belt area.

So the homeowners eventually decided to build both upwards and downwards to create a six-bedroom house instead.

Demolition of the 1950s bungalow began in mid October 2019 and strong concrete foundations were laid in November. The basement ideas were to dig into the side of the hill to supports two storeys.

While the couple and their two children don’t need a house this big, they didn’t have much choice but to build a basement level in order to build on top of it as the house was on a slope.

The architects also suggested setting the top floor back so it couldn’t be seen from the road, as well as adding a roof terrace off the main bedroom and a balcony off the main living space.

It took four weeks for the walls to go up in January 2020. The basement is traditional block construction, while the ground and first floors are a wooden frame and structural insulated panels (SIPs).

The homeowners project managed the build themselves. Living close by and working eight minutes away, they could be on site often which worked quite well during lockdown when works were in full flow.

They were keen to use as many local self-employed tradespeople as possible – this also helped with timing as it meant there were no stoppages throughout lockdown (there would have been if they had used a main contractor).

As for lessons learned, the homeowners feel that their biggest mistake was not focusing enough on the garden landscaping ideas. Instead of levelling the site at the beginning, they instead spent a whole weekend hand-rolling five tonnes of gravel around the back as a temporary fix.

Another niggle was that they stained the burnt-larch cladding before it was attached to the exterior of the house, and it since needs doing again.

Although the house is completely different to anything else in the area, the neighbours have been really positive.

The homeowners describe it as modern interpretation of the original bungalow style with the same shape and similar windows but with burnt-larch cladding on part of the exterior.

After two years of hard slog, there’s just the lower ground floor to finish off. Having never build a house before, we think they’ve pulled off a phenomenal job. And that’s why we’ve voted them the 2021 Ideal Home Best Home award winner!

The majority of the ground floor is an open-plan kitchen-diner and living space. These all face out onto the hill, making the most of the views.

Patio doors were installed to give amazing views across the valley from the main bedroom on the first floor. Due to Covid-19, the windows arrived in several stages, during May and June 2020.

When working out how to design a kitchen, the important things the homeowners identified were that they wanted this open-plan space to make the most of the valley views in front of the property.

An example of a clever ceiling light idea is evident in the cone-shaped pendant lights that illuminate the island worktop but don’t distract from the views.

They also wanted to be able to see into the adjacent play room, as well as reach the dining table easily and chat to anyone sitting at the breakfast bar.

Full length curtains hang from just below the ceiling so the whole wall is covered when they’re closed, giving a luxurious cocooning feel.

The owner wanted her children to have colour in their bedrooms, but nothing too intense, so she chose Scandi-inspired hues like sage green and dusky pink.

The owners had always wanted a freestanding black bath in the middle of the room and they finally made their dream come true with this modern shaped monochrome design.

The tub is positioned so that you can see the sky through the skylight while you lie in the bath.

A lovely quiet spot with no TV, this space leads into the gym area. The owners have plans to eventually but we plan to swap the two sides around so that they can enjoy the views from the windows while working out.

Originating in Japan where it’s known as yakisugi, this ancient technique of lightly burning wood creates a dramatic yet durable finish for exteriors 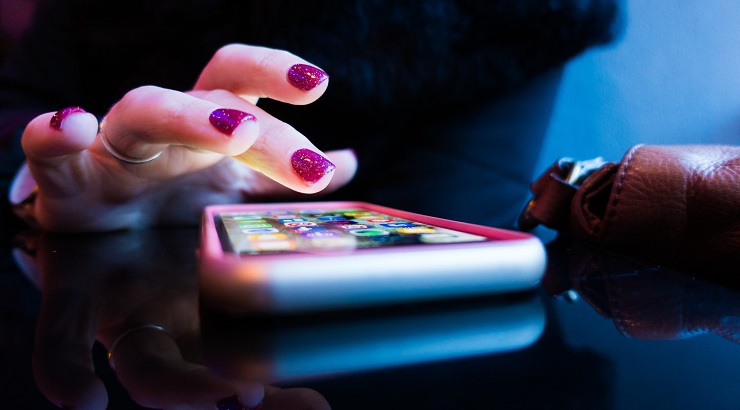